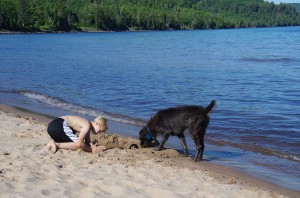 A town’s past is often made up of old documents and preserved papers, random little items such as a pay stub, a sales invoice, or affectionate notes between separated lovers, true love memorialized for generations. And perhaps, with luck, times past come alive with captured moments on film – that giant musky caught in the ‘70s, children splashing in the lake, and those company photos with the tell-tale dinner pails and grim expressions. But are these saved mementos what really make up a community?

The receipt for goods purchased at the company store doesn’t show the story behind the selections; it can’t recall how the buyer purchased extra sugar because there was a special occasion to be celebrated. The picture of the biggest fish caught on North Twin Lake doesn’t do justice to the excitement of the fishermen, or those that were able to share the dinner of his success. A love letter is just a single moment in time, rarely depicting the romantic journey that led to the words.

History exists truly in the minds and hearts of a town’s collected citizens and visitors. Each perspective and specific recollection may be unique, but it is these memories that really divulge the secrets of a town. Even when photos are lost, buildings fall, and people move away, the past goes on and the stories are passed down. Will the stories stay the same with each telling? Of course not; they will grow and gain more emotion and brighter color, eternalizing a community.

Personal Recollections of a Booming Town

It’s always interesting to learn what details stick in the minds of the people of a town. Each speaks volumes about the person, as well as the past. Let’s 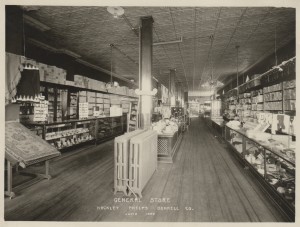 travel back in time with Phelps native John, who looks back fondly on a time when ice cream sodas and dreams were king.

John shared plenty of information about the logging industry, the many thriving businesses and the wonderful improvements on the school throughout the years. But it was discussion of his childhood and fun times had that brought a smile to his face.

To set the scene, we are in downtown Phelps in the 1950’s. The Big Store was always busy, selling everything a resident or tourist could need. Not just groceries, but clothing, hardware, guns, and furniture. One could stop by the butcher, order exactly what you needed for dinner, and take it home neatly wrapped in paper and tied with a string.

John recalls the two checkouts, manned by friendly attendants because hospitality has always mattered here in Phelps. When you were ready to checkout, the money due was collected and sent upstairs in a glass tube. This is where the change was actually made before shooting back down to the customer.

There was no need to leave town for any products or services. The Chevy Buick Dealership, and gas station, was offering the American Dream of a shiny new car right here in Phelps. One could pop in the barbershop for a quick hair cut or shave from George, and get the young ones cleaned up by his trainee at the same time. The post office, bank, policemen and town jail, tackle shop, train depot, grainer, doctor’s office, dentist, restaurants, resorts, and saloons – all alive and well and taking care of Phelps citizens. And a good time was being had all around town!

Taste is often one of the sense memories that sticks with us the longest. You never forget the best steak you ever had, or that delicious dessert your Grandma used to make for the holidays. For John, his taste buds fondly recall visits to the soda fountain on the corner across from North Twin Lake. A nice counter with fountain drinks and big glass containers filled with candy of all varieties would naturally be attractive to a young child. But, as many seem to agree, this location was THE best place to grab a hamburger, along with the local gossip, one would imagine. 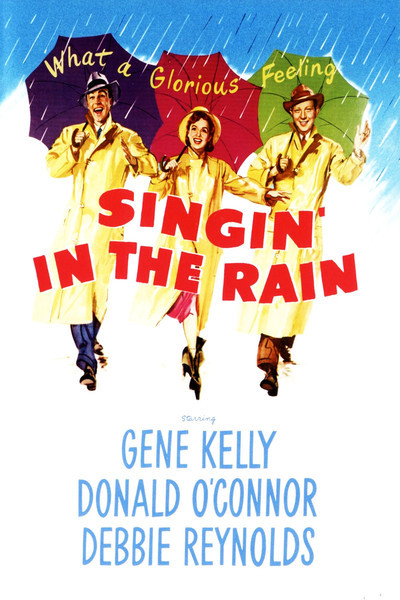 The Excitement of a Show?

The magic of the big screen has always excited children, as well. And Phelps was happily home to its very own movie theater. The theater showed a different movie every week for just a quarter admission, each starting off with a news reel about current events. The Sunday matinee was always family-friendly and a popular weekend activity. John remembers the building itself as attractive and huge, as he ponders later whether it really was that large or was the viewpoint of a child more easily impressed.

Beyond the reels, a nearby upstairs stage provided opportunity for seasonal plays and performances. To John, these seemed to be tailored more to the summer visitors than the residents. He can still picture the printed advertisements for the shows, and even more vividly, the grand staircase leading to the theatre.

Your Favorite Childhood Sports and Games?

As you look back through time, technological inventions often jump out. With so many major inventions that so drastically affected life, it is easy to forget that times past were much simpler and changes came to areas you didn’t even notice. Take, for example, automated bowling lanes. John remembers his uncle setting the bowling pins up with a rack for the happy bowlers. The first mechanical pinsetter was invented in 1936, slowly replacing the role of “pinboys”, although of course new machines often needed human supervision.

While discussing the mischief that youth in any time period can get up to, John described a teen recreation center that provided some wholesome fun for area youth for a period. When busy shooting billiards and socializing in such an environment, parents can rest a little easier.

Team sports were also alive and going strong in Phelps during this time. There was even a football team for a little while, 6 man teams that played against other small schools. John proudly mentions that the Phelps High School Basketball Team once went four whole years without losing a game to Eagle River! As we all know, competitiveness between local small towns can be huge, with rivalries lasting beyond the high school years. 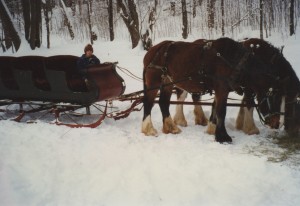 Of course, in Phelps, the great outdoors has always provided the best opportunity for fun and that was the same in the ’50s as it is today. Children loved to go fishing and explore the nature in the summers, but a children’s delight can be born in any season. The joys of wagon rides, sledding, and building snowmen know no year,  and no age limit. And one may remember clearly the Sunday matinee or a fun community celebration, but it is the quiet moments in nature that touch us the deepest.

The Foundation of the Future

One might wonder why personal recollections of a town matter today. After all, everyone remembers something different, right? That is exactly the value of memories because no two people have the same experiences, even when they are in the same place at the same time. They form their own opinions from these experiences, which goes on to affect their actions in the future. 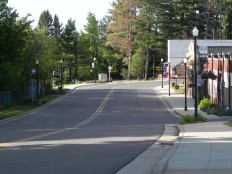 Furthermore, those same memories, when shared, can be inspiration to future generations. It is easy to become locked into your perceptions of a town as it is now, especially if you have nothing to compare. The possibilities, the different paths, the appreciation for a town’s strength and character are passed along with the random recollections.

Sometimes this is a small thing – you make a note to take your son to a basketball game to show your support or you stroll on down to the ice cream parlor for a shake, thoughts of old-fashioned chocolate sodas running through your mind. And sometimes the affects can be more – you pay a little bit closer attention to the town around you as it begins to blossom and shine. A pride for your home town grows within you, and suddenly life seems a bit sweeter. Such is the power of the past.

Visit The Phelps Museum Online Today to Learn About The History of Phelps!