The 2016 Twin Lakes Music Festival will take place on the shores of North Twin Lake in downtown Phelps this weekend with two days of music, food, drinks and fun. Starting Friday, June 24 the event will held at the lakefront bandstand located on Hwy. 17 in downtown Phelps. It will serve as a fundraising event to benefit Phelps Youth Sports and Recreation. 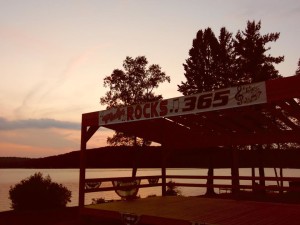 Event organizer Carol Molter said with beautiful weather forecasted she hopes the event will be a big success. “We’re excited and so are people in town who want to make this event an annual one,” Molter said. “I would love to see it grow and eventually get to the point where we can bring in one big national touring act to close out the weekend.”

Molter, who along with her family owned Twin Haven Resort in Phelps, said she started the event as a 20th anniversary celebration for one of the bands. It’s simply grew from there. 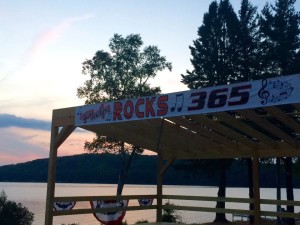 “We kept hearing from bands who wanted to come and play,” she said. “All the bands are donating their time to the fundraiser which is great. They’ve all been so generous. It’s amazing.”

The event is being presented by Northern Edge Sports & Marine, who along with numerous local sponsors, has come on board to help launch the event and promote it.

Bands will play Friday from 6 p.m. to midnight and then again Saturday, June 25 beginning at 11 a.m. and going until midnight. “It’s been a really great to see the extended community  come together here for this one event,” Molter said. “The event is about raising funds for the kids and highlighting Phelps as a community.”

Molter said the Town of Phelps in particular has been very supportive of the event.

“It’s been rough for businesses up here, but it’s turning around and a big part is because the Town has invested itself and the community with events like this one,” she said.

The setting of the event will be like no other with a backdrop of North Twin Lake. Brats, hot dogs, burgers, beer and refreshments will be served by the Phelps Fire Department with fundraisers and giveaways happening throughout the day to also help raise money.

Fest-goers can arrive by foot, motorcyle, car or even by boat. Danzo McKracken will be providing service for all sound and lights while Northland Pines student and upcoming DJ “Slick Nick” will be entertaining the crowd in between sets.

Join us in Phelps For 2 Days of Live Music on North Twin Lake!