Who doesn’t love a nice, cold ice cream cone on a hot day? Or the sweet tradition of a root beer float, the perfect combination of bubbly soda and 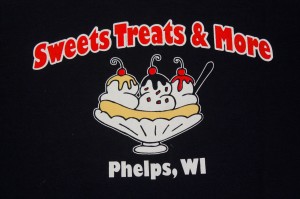 vanilla flavor creating that unique frothy goodness? Phelps residents are excited this summer by the new addition in town, an ice cream shop (Sweets, Treats & More) complete with candy and treats for all ages.

This is not the first Phelps business to respond to residents’ cries for ice cream. History shows us that Phelps residents and visitors have been loving this cold treat since at least 1917!

Ice Cream – A Favorite throughout History and Around the World!

The history of the world’s favorite cold snack begins as early as the 16th century. It has evolved over the ages, and early ice cream was more ice than cream. Flavored ices were thought to have originated in China, but this is often debated. Italy is credited as the origin country of the addition of cream or milk to the snack, leading to the more familiar recipes we all love. No matter the true origins, frozen treats were a favorite around the world for centuries!

This fad quickly took off in the new America. George Washington was said to be a big fan of ice cream, and owned his own equipment to create his favorite flavors. Historical references indicate that George Washington spent $200 on ice cream supplies in the summer of 1790! There were ice cream parlors in operation as early as 1770 in New York City, and the rest of the country jumped on the ice cream bandwagon quickly after.

Early ice cream was often served as a soda treat, simply flavored soda water over ice cream.  This concoction often included chocolate sauce in the soda, and it this addition that led to the invention of ice cream sundaes in 1880. The location of the first sundae is another highly debated issue, but it is a strong possibility that ice cream sundaes originated right here in Wisconsin in the town of Two Rivers! 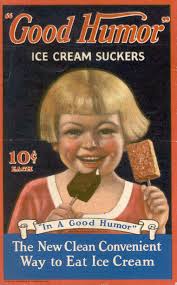 As prohibition took off in the 1920’s, ice cream gained popularity, with ice cream parlors quickly replacing taverns. This was helped along by advancements in refrigeration methods and new equipment. The first ice cream sandwich was invented in 1920 – called the “I-Scream Bar”, this original version of the popular Eskimo Pie sold for roughly 10 cents apiece. In comparison, a small dish of vanilla was about 5 cents and an ice cream soda in the same time period went for 15 cents.

Mr. Thomas McGregor started off life in Detroit in 1863, where he was born into a farming family. It’s doubtful that he foresaw ice cream in his horizons. He came to Eagle River in 1892, opening a buffet there in 1906. After this Vilas County business venture burnt to the ground, Mr. McGregor moved on and made a home here in Phelps, complete with ice cream.

It’s hard to say if McGregor’s ice cream parlor was the first in Phelps, but it was definitely a popular place, and was considered to be THE gathering place for both full-time residents and visitors passing through. McGregor’s was described in a historical account as “an up-to-date establishment serving the best quality of ice cream and candy” (History of Lincoln, Oneida an Vilas Counties of Wisconsin, 1924).

You could say that ‘multi-purpose’ was a business trend in this era. In addition to candy and ice cream treats, Mr. McGregor also sold cigars and tobacco products – can you imagine such a combination today? The upstairs of the building was home to a bowling alley and club rooms.

Mr. McGregor was not in the ice cream business for long; in 1926, he moved back to Eagle River where he served his first term as Sheriff in 1927-28 and two more terms from 1931 to 1934. He and his wife, Mary Snyder, had four children, one of whom followed his footsteps into law enforcement. The ice cream business doesn’t seem to have become a family tradition. Records about what happened to this Phelps parlor aren’t readily available, but its fate would make an interesting tale.

The career differences across Mr. McGregor’s life are also cause for reflection. What prompted Mr. McGregor to go into the ice cream business? What would it have been like, running an ice cream parlor in the developing town of Phelps? Did Mr. McGregor have grander political goals in mind when he left Phelps? No matter his reasons, he was a man of many talents to dip into such different occupations and must have led a very interesting life!

McGregor’s Ice Cream Parlor was not the only of its kind in Vilas County. Several other soda shops stand out in history for keeping local taste buds happy.

Do you have more to add about the history of ice cream parlors in Vilas County? Tidbits or old photographs passed down through the generations? We would love to hear your stories! Leave a comment on the Phelps Chamber Blog or find us on Facebook to share your ice cream knowledge!

Follow Along With the Phelps Chamber for More Fun History Articles! 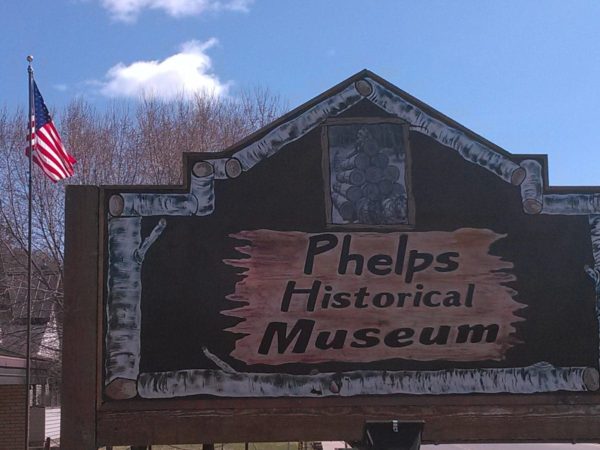