Winter enthusiasts of all ages enjoyed a fun filled day at the Northwoods Blizzard Blast held on Saturday, February 13th at the Conover Community Park. Mother Nature delivered a brisk and sunny day for the third annual event. Discover Wisconsin film crews were on site to film footage for a future episode featuring winter fun in the northwoods. Along with snowmobiling, ice fishing and ski trails, the episode will highlight winter activities throughout the area of Conover, Land O’Lakes and Phelps. 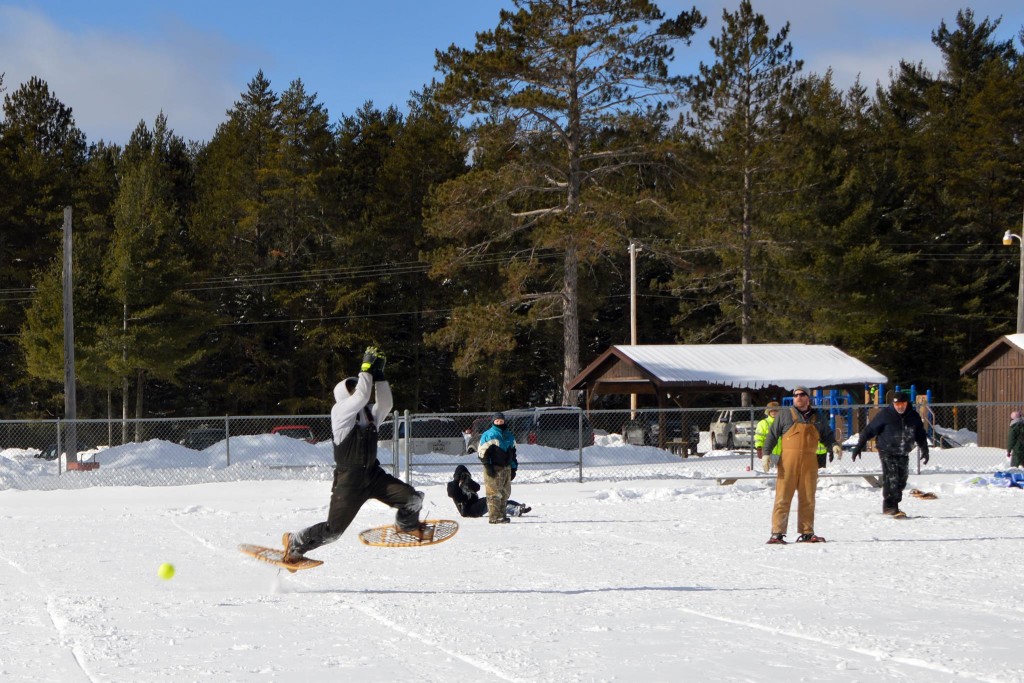 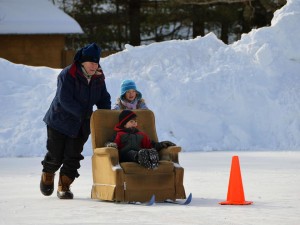 In the Snow Sculpting Competition, “Team Lederer” took the 1st place award with their carving of a beautiful nesting owl. Jeremy Lederer accepted the Snowflake Trophy and $100 prize on behalf of his team. 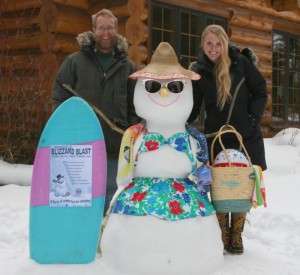 Winners of the recent Northwood Blizzard Blast Snowman Building Contest were announced. The photo entries and winners can be viewed on Facebook. In the residential category, first place winner Aimee Bauknecht of Three Lakes won $100 for “Emily’s Very Own Snowgirl”. Second place winner Kristin Beyer of Eagle River won $50 for “Aubrey and her Snowman”. First place in the business/school category and $100 prize was won by “Blizzard Beach Babe”; created by the staff of Schindelholz Dental Office in Land O’Lakes. Second place went to Phelps Class of 2016, collecting $50 for their “Blue Bear Roasting a Mallow over a Campfire”. 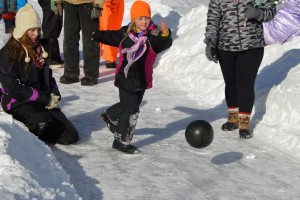 The many participants in Ice Bowling were seen slipping and sliding to win prizes for strikes. Several families enjoyed horse drawn wagon rides through the scenic woods surrounding the park. Children reveled in downhill sledding, snow castle building, face painting and more. They received instruction and demonstrations in archery and snowboarding and then tried out the sports for themselves. Many kids also hopped on ponies for a walk around the corral. In the Dogsled Dash, children enjoyed a ride in a dogsled and received their very own Musher Medal and certificate.
All children were given their own hand crafted snowman making kit, compliments of the Northwoods Blizzard Blast organization. Northwoods Children’s Museum personnel hosted the “Fun for Kids” area with delightful outdoor games. 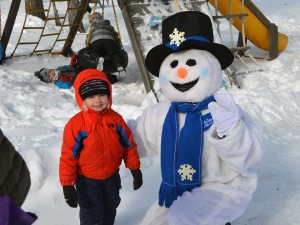 50/50 drawings were held with several lucky winners. Many additional ticket holders were awarded prizes of gift certificates from area businesses.
Refreshments and delicious food provided by many area restaurants was available to keep the energy level up for all the activities. Event Chairman Lanny Studdard estimated over 700 people were in attendance. Dozens of community volunteers and many area youth turned out in force to help with all the events. All proceeds from Northwoods Blizzard Blast activities benefit area Fire and EMS Departments. 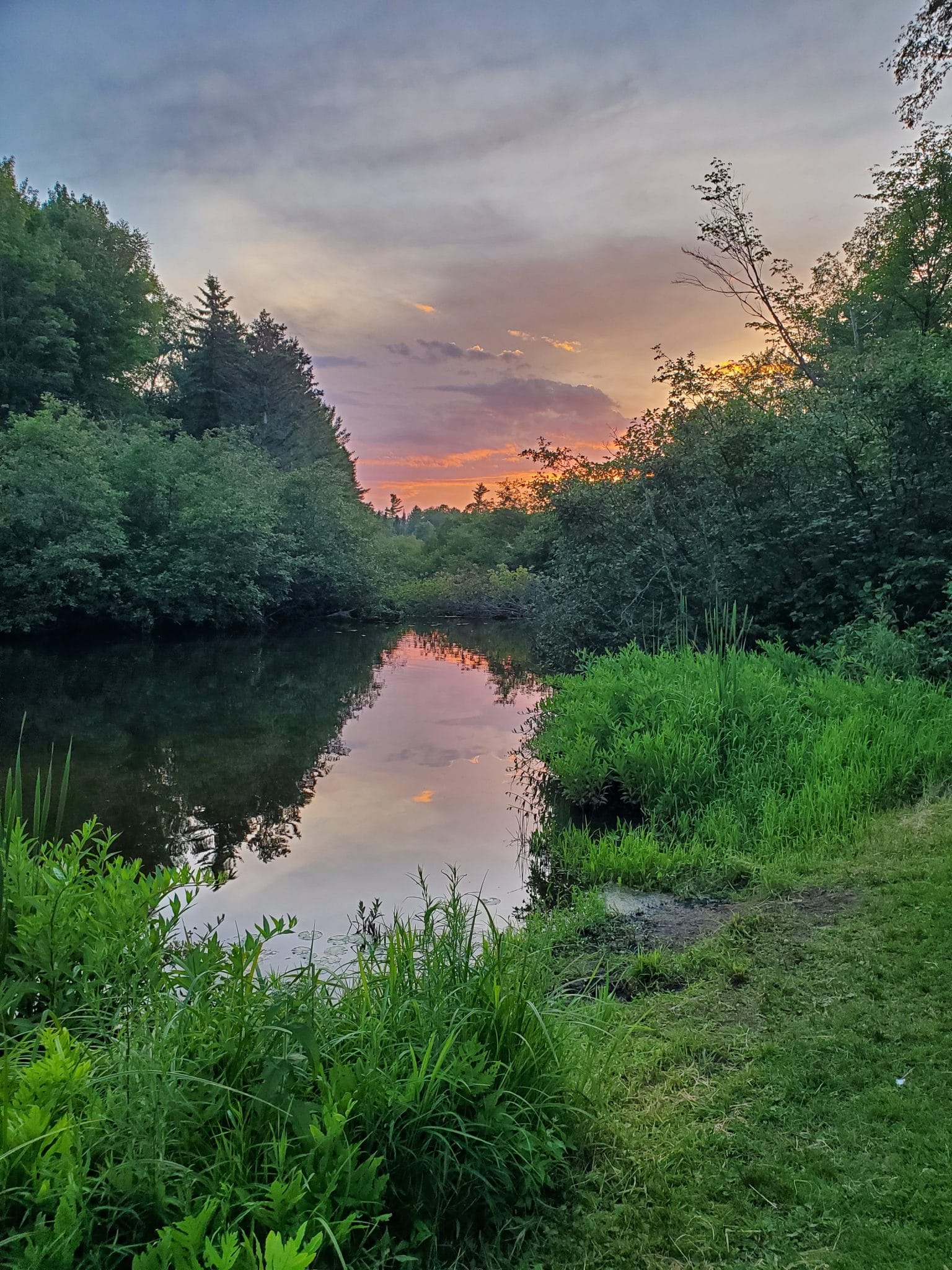