The Phelps Chamber’s exploration into the colorful history of Phelps, Wisconsin continues with a look at the Big Sand Lake Club property. This long-standing club was a favorite vacation spot of “Homeless Homer” Galpin and many important Chicago area businessmen in the early 1900’s and continues to be a Northwoods tradition today. Located on the north shore of Big Sand Lake, one couldn’t ask for a better location for a secluded retreat.

The club was originally founded in 1891 as the Eagle River Fishing & Shooting Club, which catered to an all-male clientele, many of whom were business associates of Homer Galpin. The clubhouse was often referred to as “the flop”, although that term doesn’t do the building justice. The original clubhouse, which burnt down in 1924, was designed for luxury and sizeable gatherings. After the fire, a new clubhouse was built in 1926 and became the largest log building in Wisconsin of its time, and one of the biggest in the country!

The clubhouse consisted of an astonishing 15,000 square feet and was built with big Hemlock logs tightly fit together by the Northern Log Cabin Company. The property included 13 separate outbuildings and a 9 stall garage, spread about 617 acres on Big Sand Lake. The main clubhouse included guest rooms, dining space, lounge areas and card rooms, but the main focal point is and was the immense fieldstone fireplace. The décor was traditional Northwoods, with leather furniture surrounded by fur skins and hunting mounts, displaying the favorite past time of many Club members.

The Big Sand Lake Club was an important club to Illinois businessmen and public figures, particularly those from Cook County like Homer Galpin. It was in part due to the continuous draw of the Club that Phelps became established as a four-season destination. In August of 1928, the Chicago Sunday Tribune described the club as “the finest resort retreat in the Midwest”, thus making the little town of Phelps the place to vacation!

Republican and 25th ward Organization Executive Committee member John W. Becker and respected surgeon and instructor Otis M. Walter are just two of Illinois’ leading citizens that maintained memberships with the Big Sand Lake Club. Charles G. Hutchinson, inventor of the Hutchinson Spring Bottle Stopper and prominent member of the Masonic Fraternity, loved his trips to the club. As did Mr. Charles Alexander McCulloch, who was the vice-president of the Chicago Yellow Cab Company and director of the Chicago National League Baseball Club (the Cubs).

It’s amazing that men like Mr. McCulloch, who was also the president of Parmalee Transfer Company and a director of New York Transportation Company, found the time to make the long trip north to Phelps. A 1901 newspaper article described the journey from Eagle River to Phelps as a trying ordeal. According to the article, travelers first had to go 22 miles by wagon over rough roads to Long Lake. The journey continued by boat, 8 miles through Long Lake and Big Sand Lake before trekking into the clubhouse by foot. This, all after traveling from Illinois to Eagle River!

The journey may have been lengthy and challenging but it was well worth the trip. The Phelps area has been long-known for the great fishing and abundance of wildlife, much to the delight of outdoor enthusiasts. This was discussed in Forest & Stream in 1898, written by Charles Hallock and William A. Bruethe. The following is an excerpt relating to the fishing potential in Phelps: “Mr. Ben Dicks returned this week from a little trip to the Eagle River Fishing and Shooting Club, of Wisconsin, and he brought with abundant proof of his skill, including magnificent small mouth bass, which I think was as fine a specimen as I have ever seen.” It goes on to describe this great catch, with a healthy weight of 5 ½ pounds and a whole 21 inches in length and 15 inches in girth, that showed his companions what a superb fishermen Mr. Dicks was. Or was it a demonstration, not of fine fishing, but an ideal fishing spot? 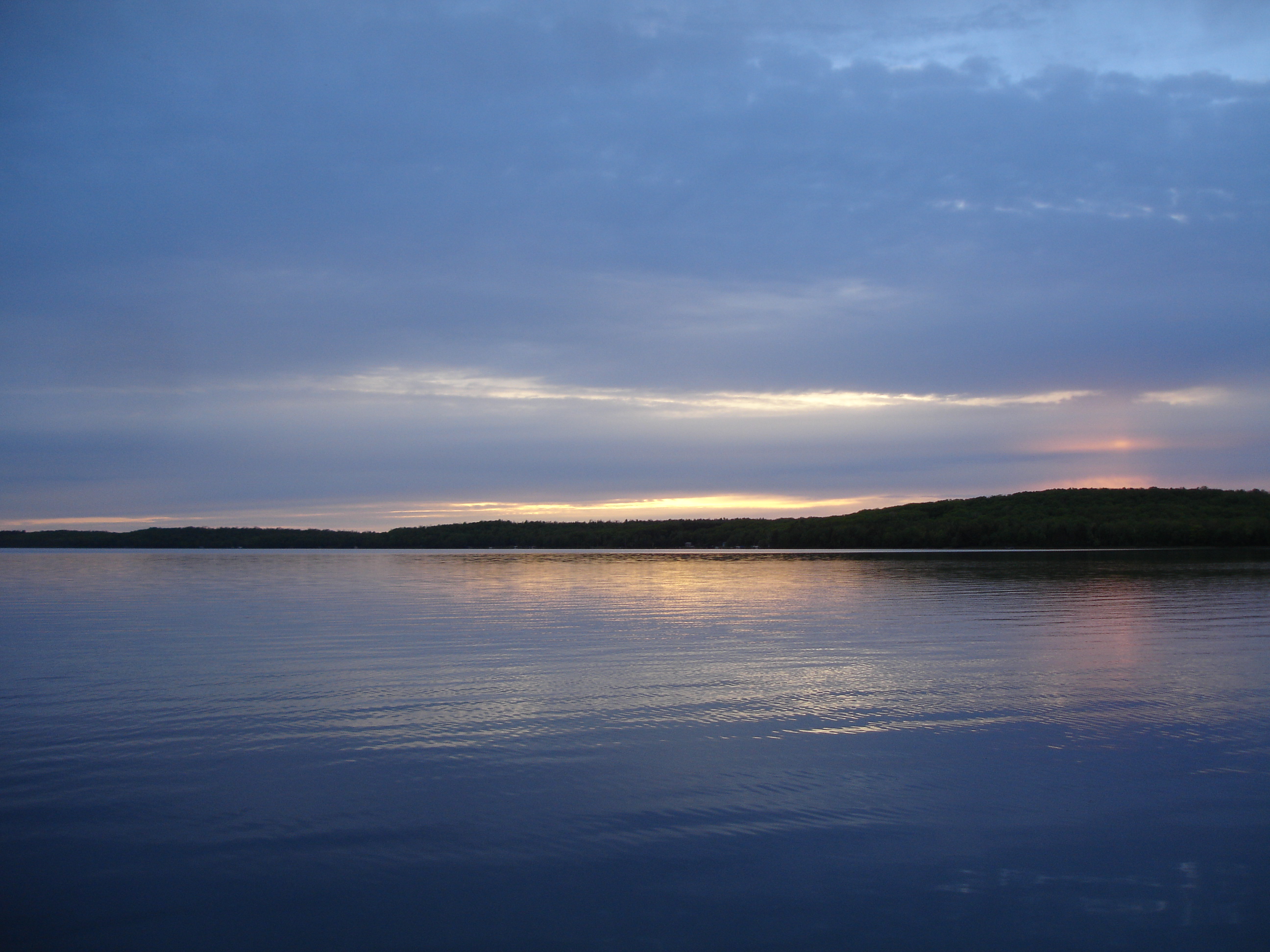 Today, the Big Sand Lake Club continues to be a sought-after vacation retreat that now caters to families with its beautiful setting, abundant wildlife and fantastic fishing opportunities. The Club now includes a popular golf course that plays over 3085 yards and is open to the public. The Club is proud to be a family tradition for many generations, as Northwoods vacations often are. To learn more about the Big Sand Lake Club, please visit them online.

Do you have pictures, stories or history of the Big Sand Lake Club? We would love to share them here on the Phelps Chamber Blog – feel free to comment below!