The Rich History of Phelps, Wisconsin

The stunning natural landscape of Phelps, Wisconsin has made it a premier travel destination for well over 100 years! Located in the northeast corner of Vilas County in the beautiful Northwoods of Wisconsin, Phelps consists of roughly 100 square miles of nature opportunities. Most of the town is located within the Nicolet National Forest, with the wilderness of the Upper Peninsula of Michigan and the Ottawa National Forest right next door!

The abundance of forests, combined with the waterways, was the main attraction for the first settlers in the Phelps area. North Twin Lake stretches for 4.5 miles, and is neighbored by numerous other fresh-water lakes, including Lac Vieux Desert and Kentuck Lake. The headwaters of the 430 mile long Wisconsin River begins at Lac Vieux Desert, which then stretches across the state and into the Mississippi River.

The Wisconsin River became an important trade route for fur traders as early as 1673, and then, later on, loggers and lumber mills. The Lac Vieux Desert, loosely translated as “Lake of the Desert”, attracted Europeans to this part of Northern Wisconsin as an intersection of multiple major trade routes. Home first to the Winnebago tribe and then the Ojibwa, French fur traders passed through the area with the hopes of trading with the local Native Americans. After the French came the British, along with illegal traders eager to make a buck from the popular beaver pelts.

In 1852, G.L. Draper settled near Lac Vieux Desert. This brave settler left his home by Stevens Point, Wisconsin after a flood took the lives of his wife and youngest child. Determined to avoid future tragedy caused by the wild waters, he made a home for himself and his remaining children at the mouth of the Wisconsin River. This wilderness settlement was to become a major trading post and the first resort in the Phelps area!

Phelps – Attracting Tourists for more than a century! 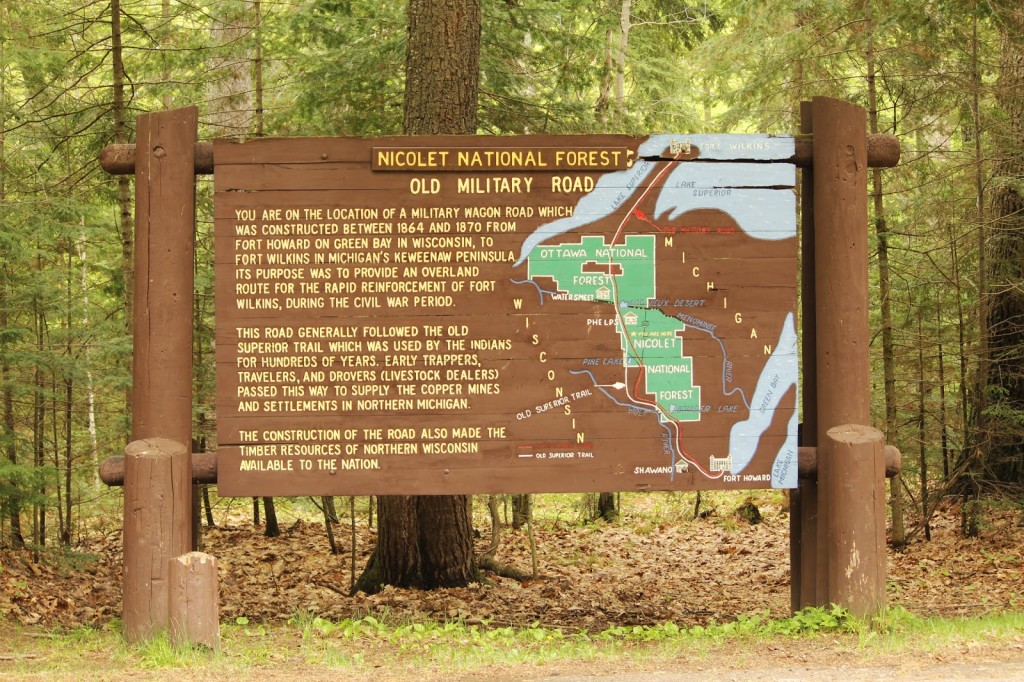 When the Military Road was built a decade later to connect Green Bay to the tip of the Keweenaw Peninsula of Michigan, it ran right past Draper’s trading post. In the 1880’s, Draper’s son-in-law began providing room and board to passing travelers. A traveler on his way to deliver a mining company payroll to Iron River, Michigan became the area’s first resort guest. And what led him to go six miles out of his way to visit Lac Vieux Desert? He had heard tales of the amazing musky fishing on Lac Vieux Desert and wanted to try his luck.

At this point in history, trout, bass and walleye were happily consumed but weren’t considered true trophy fish. Musky was the prize catch in the 1800’s, and musky hunters would argue that this has not changed. Even over a hundred years ago, Phelps was attracting adventurous fishermen to its great waters!

Many brave frontier men soon followed suit and began building resorts and clubs, as men from the cities flocked to the area for work in the logging camps or good old-fashioned recreation. Big Sand Lake Club marks its origins back to 1891, and was a favorite of Chicago area politicians and businessmen, including the colorful Mr. Homer Galpin, head of the Republican Party of Chicago. The Hazen’s Resort opened its doors in 1900, and was praised for the finest of dining in the Northwoods. The Hillside Resort was established by John Jaud in 1912, and, much to travelers’ delight, included a maple sugar camp. All of these early resorts are now listed on the National Register of Historical Places.

Northern Wisconsin and the Upper Peninsula have long been recognized by travelers for the beautiful landscape, stunning forests and pristine fresh-water lakes. Those that could make the trip reveled in the outstanding outdoor sports opportunities, such as hunting, fishing, and snowshoeing. It is these same features that attracted industry to the area. For Phelps, the wealth of trees and river ways that made it the perfect spot for logging enterprises.

Phelps Forests Attract Industry – The Beginning of a Town

Because early loggers used rivers to transport wood to nearby sawmills, Phelps was a perfect location for logging initiatives. However, it was one of the last areas in Wisconsin to be logged. Early small-scale logging camps quickly became major companies. The Thompson & Bonnel Lumber Company was incorporated in 1896, and moved on to become the Wisconsin Lumber & Bark Company in 1901. The founders included Charles Hackley and William Phelps, inspiring the future naming of the town.

Two years later, the same year as the local post office opened its doors, the Wisconsin Lumber & Bark Company built a sawmill. This growing enterprise quickly began attracting workers, especially Finish immigrants, who flocked to the area between 1906 and 1912. This influence of this culture can still be seen in area’s culture, especially in the local foods and beautifully crafted saunas. 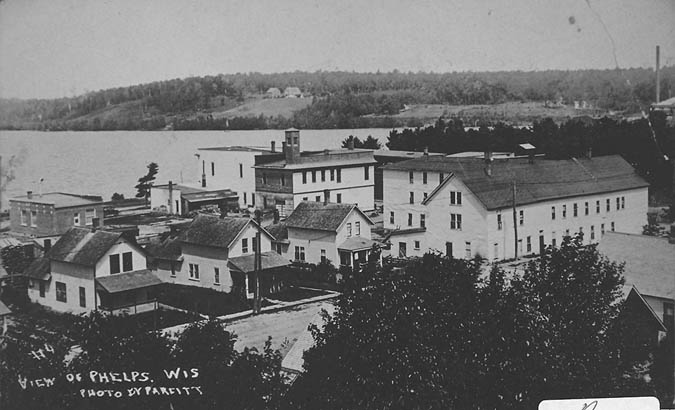 Industrial growth in an area invariably leads to the chartering of new towns. The lumber industry at the turn of the century was to Northern Wisconsin what the copper mining in the 1800’s was to Upper Michigan. So began the building of a town when, in 1905, the Village of Hackley was chartered. This was the same year that the Chicago & Northwestern Railroad laid track from Conover to Phelps, which made a major impact on the lumber and tourism industry. Hackley was to have a short history, as the town was quickly renamed Phelps in 1912 to avoid confusion with the Wisconsin town of Hatley.

However, quick industrial growth is a two-sided sword. In the neighboring Upper Peninsula, thriving mining villages with staggering populations quickly became ghost towns when the copper sources dried up. Where once there was opera houses, dozens of taverns and resorts, and a successful economy, the death of the main industry left only stamp sand and struggling towns. This happened nearly over-night in the Copper Country of Michigan, but Northern Wisconsinites had a backup plan.

The business of lumber continued to be the major industrial focus of Phelps until the local sawmill closed in 1957. It could be said that Phelps, and all of Northern Wisconsin, owes as much of its rich history to the pioneers who recognized the natural environment as a draw for visitors from afar. Due to the hard work and ingenuity of the area’s early forward-thinking resort owners combined with the unbeatable year-round fishing and nature opportunities, Phelps continues to be a four season destination today!

Plan Your Trip to the Historic Town of Phelps Today! 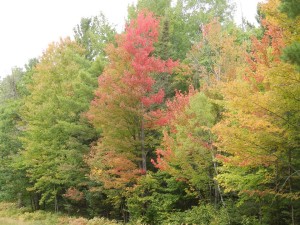 Are you eager to get away from the city for a Northwoods adventure? With exciting outdoor activities, serene silent sports, and stellar hospitality at the many diverse businesses, Phelps is your vacation destination, no matter the season! Visit this fall for the Midwest Musky Classic and the stunning fall colors. Plan a snowmobiling trip this winter and discover miles of fantastic snowmobile trails. Come in the spring to enjoy the Phelps Maple Syrup Fest event and the emerging wildflowers. Visit in summer for a traditional small-town 4th of July celebration and endless nature opportunities! No matter what season you visit, we know you will love every moment in Phelps!

To learn more about the rich history of Phelps, visit the Phelps Historical Museum!