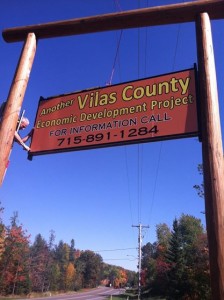 Rumors have been running wild about the potential upcoming changes in Phelps. What should we expect? Which buildings and areas are going to be affected? Does the community have a say in the future of the town? Well, these questions and more were addressed this weekend at the Community Listening Session held at the Phelps School on Saturday morning.

The Vilas County Economic Development Corporation spoke openly and positively about recent events and plans for the future. And it was not a one-sided conversation – over 200 individuals who clearly care deeply about our town were present and sharing their thoughts and concerns! What an amazing turnout!

The Listening Session, aptly titled as listening took place on both ends, kicked off with an introduction by Colin Snook, Phelps Town Chairman. He voiced his appreciation for the participation, stating that “you are all here because you want to be a part of it.” He then briefly turned the mic over to Carl Ruedebusch, Vilas County EDC chairman,  head of the Phelps Planning Commission and the proud owner of two important pieces of land in Phelps (the former Big Store and new EDC business accelerator). Carl explained his interest in the re-birth of Phelps, as well as his hope that a trend of Phelps businesses closing their doors would soon be reversed.

Wisconsin EDC Presents the Potential and Challenges for Progress 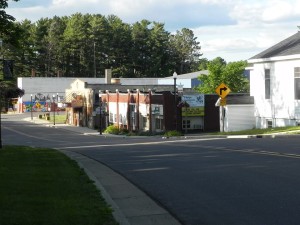 Often times, the topics of revitalization and community turnaround are difficult to imagine. It can seem so large that many towns hesitate to start the process or put in the work. Naletta Burr, from the Wisconsin EDC, shared information about what Phelps needs to consider, as well as success stories and the overall impact that a journey like this can make.

“Phelps has value; you can capitalize on the opportunities ahead of you and overcome the challenges” Naletta encouraged, with many in the crowd nodding in agreement. She described the concept of place making as essential to success, and how it relates to business attraction and retention, work force development and community based development.

She invited the crowd to think deeper on the topic; “What is our message? Who are we as a town? The image and the message is key”, Naletta explained. There was discussion about the importance of lifestyle opportunities, such as silent sports trails and the many wonderful lakes, as well as that of broadband internet that is so critical for business attraction.

“It’s important to celebrate the process, the baby steps that it takes to get there”- Naletta Burr, Wisconsin EDC

Armed with this helpful information from Naletta, the community was more than ready to ask questions and share their thoughts on the development of Phelps. Carl kicked off the session with his input, including the importance of a central downtown area, the businesses that are currently lacking (such as health care, hardware store, grocery store, lodging, and restaurants), and the value of the silent and motorized sports trail systems. Vilas County Business Incubator Project Manager Barry McLeane jotted down notes throughout the conversation and pitched in on answering questions.

Discussion was raised about the lack of affordable housing in the area, the importance of the school system in both attraction and retention, and the challenge of offering health care here in town. The school, community and local organizations were applauded heavily multiple times during the open dialogue. After encouraging words from Lorin Johnson and many other citizens, Big Sand Lake Club member Tom O’Connell spoke up regarding all of the coming excitement and the Club’s commitment to the progress, because “the Club is a legacy of families and friends that just love and appreciate the Northwoods.” 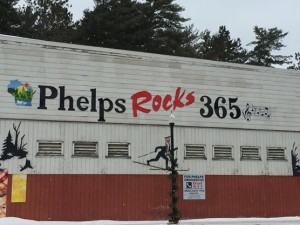 The input from the community was fantastic, the level of involvement high, and the atmosphere of the Listening Session both inspiring and constructive, but it was the highly anticipated plan and the “secret sauce coming this summer” (in the words of Carl) that the community really wanted to hear about. The scoop is in, and the plan addresses several of the areas of business that Phelps needs to succeed. Attendees were also updated about the big plans for live music and concerts downtown Phelps this summer,

Although this is a work in progress and details are still being finalized, we can expect to see the Big Store come down in the near future. By developing the corner of Highway 17 into a destination, the town will have an attractive lake front area that will become a spot where we can linger happily, shop for all the necessities, and enjoy the view of North Twin Lake.

Carl proposes to build a new lodging facility to replace the Big Store building, complete with a restaurant and boat piers. An addition of a second building would provide space for a grocery store and hardware store next to Sweets, Treats & More. One can picture taking a stroll after a filling evening meal, ice cream cone in hand, and this image will still include green spaces and an open view.

Further, Carl’s vision extends to the Christiansen property just up the street, which would be well-suited to house the Phelps Museum and possibly even a Visitors Center/Chamber office. The community spoke up about the need for a groomed beach area, and with questions about the building on the far side of the street, recently home to the Chamber office, Village Barber, and Museum. The downtown area was the focus and not every question could be answered right away, but many a mind left the meeting with thoughts flying and hope flowing.

What Will the Future of Phelps Bring?

There are still decisions and plans up in the air but contrary to the saying “only the future will tell”, the EDC and town believe that a strong foundation with the potential for growth is becoming a reality right now. Although opinions on specific matters will always differ, the need for a breath of life for the town is there. The path of progress needs a collaborative effort between the public, private, and town to take the next steps together as a community. Because, as Ralph Waldo Emerson said, “What lies behind us and what lies before us are tiny matters compared to what lies within us.”

What are your thoughts about the proposed plan for the revitalization of Phelps? Are you excited to see what the future brings? Have concerns about any of this? We would love to hear from you!